Posted at 17:08h in Member News by Katlyn Cardoso 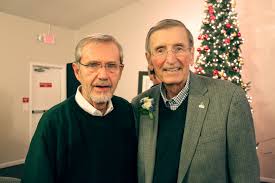 The greater Lansing region is deeply saddened by the passing of former Delta Township Supervisor Joe Drolett. Drolett passed away June 2 after a two-year struggle with cancer. He was 81 years old.

He also aided in the development of the Lansing Economic Area Partnership (LEAP), which has become a strong force in economic development throughout Clinton, Eaton and Ingham counties.

“Joe Drolett changed history, rare for someone to have that opportunity,” said Bob Trezise, LEAP’s president & CEO. “He seized the moment entirely. This Lansing boy. This Delta Township man.”

As co-leader of the Keep GM effort, Drolett played an instrumental role in bringing GM’s two newest and most technologically advanced plants to Lansing. Drolett’s crucial leadership on this front touched the lives not just of thousands of GM employees, but tens of thousands more within our community.

Drolett was a man who believed in partnerships, and beyond his professional accomplishments was a great friend, devoted father and loving husband.

“He hired me at Delta Township 25 years ago — my first job in economic development,” said Trezise. “I don’t know why he took a chance on a punk kid like me, but he totally changed my life. He was a deep friend until the end; this was Joe. Humble. Engaged. A man of integrity.”

A memorial celebration will be planned for sometime after Labor Day. Read more about Drolett’s life here.