The Downtown Business District is a prime location for commercial and residential developments. It’s located in the west-central part of the city along the banks of the Grand River, which meets the Red Cedar River at Malcom X Street. Downtown Lansing is primarily home to Michigan’s state government and three colleges: Lansing Community College, Davenport University, and Cooley Law School; and also contains sports facilities, museums, entertainment and retail, and a growing residential population.

The Industrial Gateway of Lansing is the prime region for industrial and mixed-use commercial investments. Located in an all access airport business park in the North Grand River Corridor with city limits defining its north and western borders, this part of the city includes moderate-density residential areas and some green areas.

The Alfresco District is supreme for mixed-use urban developments. It’s home to some of the most unique events in the city. Aside from its diverse and traditional restaurant scene, this district is a major shopping destination in the city.

The K-Mart property is located in the Alfresco District. The property is at a prime location with its frontage on South Cedar Street just south of Downtown Lansing. South Cedar is a major north-south retail corridor serving South Lansing with Big Box retailers like Meijer, Lowes, Same’s Club, Target and Menard’s.

The Southside District offers immense opportunities for residential and commercial real estate. The Southside, usually described as the neighborhoods located south of the Grand and Red Cedar rivers and the I-496 freeway, is physically the largest and most populous side of the city.

Start a conversation with 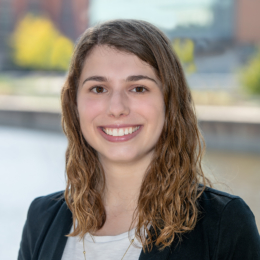