The MWC JV has invested $470 million into 350,000 square feet of new state-of-the-art facilities to produce a variety of cheese and whey protein products. Lead investor Glanbia is Ireland’s 5th largest company, and the world’s #1 producer of American-style cheddar cheese.

MWC’s facilities are designed to process 8 million pounds of milk every day from the onset, or nearly a quarter of all milk produced in Michigan.

Iowa-based Proliant Dairy Ingredients is constructing an adjacent $85 million 85,000 square foot facility to process liquid whey permeate, a byproduct from the MWC operation, which will be processed into various whey permeate products used in baking, confectionery, drink mixes and animal feed. Proliant’s whey permeate drying facility will be the largest of its type in the world processing approximately 400,000 pounds of dairy solids per day.

The State of Michigan’s $15.7 billion dairy industry is aided by the most productive cows in the nation, with milk production doubling since 2000. While positive alone, this increased productivity has left more than 1,200 dairy farm families around the state on the precipice of collapse, suffering from low prices caused by oversupply. The issue of oversupply is best resolved by bringing more processing to the area, a solution achieved through the St Johns Dairy Processing Campus which is expected to reduce Michigan’s over supply by 80% and reduce distance and transportation costs for Michigan’s dairy farmers. In addition, Proliant’s facility being co-located on the same campus eliminates transportation costs for manufacturing the whey permeate byproducts. 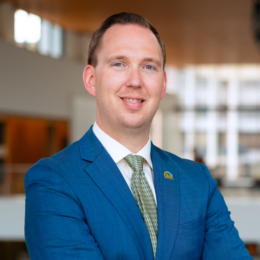