Posted at 15:32h in Uncategorized by Juliette Givhan

The club was targeted by the gunman on the eve of Transgender Day of Remembrance, which occurs annually on Nov. 20 to honor victims of anti-trans violence. This attack comes six years after the deadliest attack on the LGBTQIA+ community in modern U.S. history—when a gunman killed 49 people and wounded 53 others at the Pulse nightclub in Orlando, Florida. Though the November 19 attack has yet to be officially declared a hate crime, there is no denying that this violent act was directly aimed at an extremely vulnerable population within the United States.

The Lansing Economic Area Partnership (LEAP) is appalled and condemns this latest violence against the LGBTQIA+ community. It is our goal at LEAP to be Stronger Together— a feat only made possible when everyone, regardless of sexual orientation or gender identity, is allowed the freedom to be their authentic selves and lead a safe and happy life. In accordance with LEAP’s values to embrace, welcome and create space for diversity, equity and inclusion we find it necessary to reaffirm our organizational commitment to denounce all forms of systemic harm, discrimination and violence against all historically disenfranchised populations and to stand in solidarity with the LGBTQIA+ community.

LEAP condemns this act of gun violence in Colorado Springs and we condemn the hateful rhetoric that spurs such attacks. We’d like to encourage supporting the Salus Center, which serves Lansing’s LGBTQIA+ communities as a gathering space and information hub. 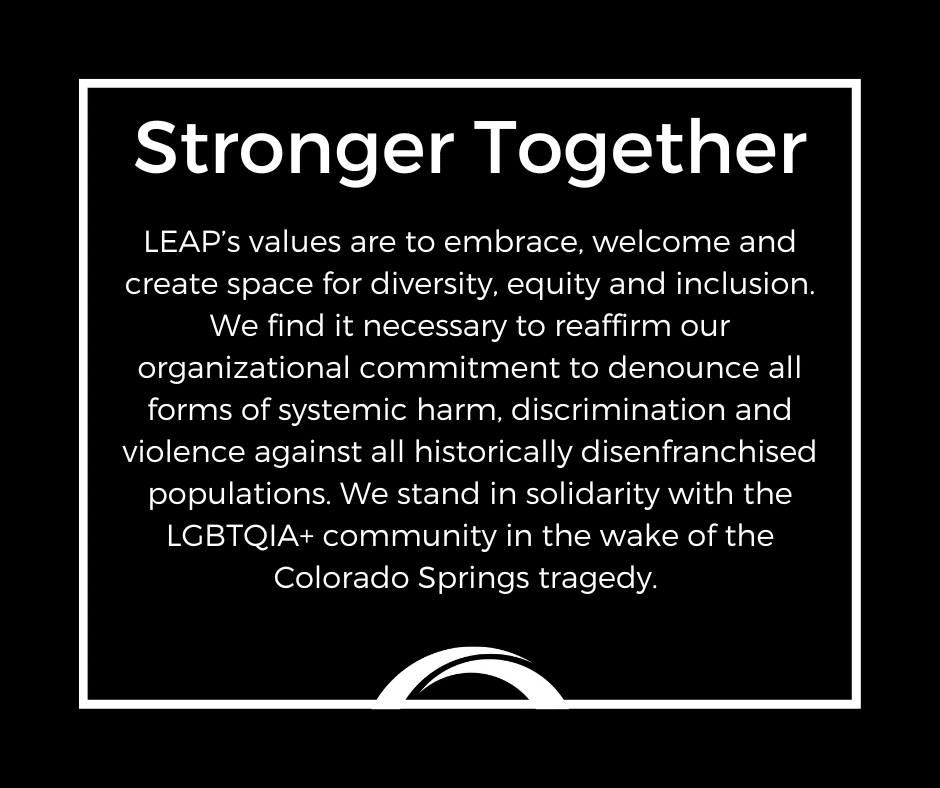