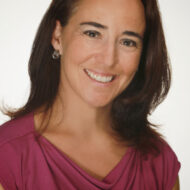 Andi Crawford returned to Lansing in 2014 after serving for five years with the YMCA of Broward County in Ft. Lauderdale, FL, where she was the Vice President of Health Innovation. Her team’s focus was to create community-based dissemination models for evidence-based strategies to improve population health in communities of high need.  She secured funding through the Robert Wood Johnson Foundation to become one of ten Pioneering Healthy Communities in the nation and led the coalition. She served as a lead on the Broward County Community Transformation Grant. Her team’s work has been highlighted by the Centers for Disease Control and Prevention (CDC) and the YMCA of the USA and she has been invited to present the work at several national conferences.

Upon returning to Lansing in 2014, she continued to work as a consultant to many community development and public health projects throughout the country. She was a lead consultant for Urban Health Partnerships, LLC in Miami, FL where she led the project to design Healthy Community Zones, with the Broward Regional Health Planning Council. Healthy Community Zones focus resources into specific neighborhoods to address health disparities. This work is part of the Centers for Disease Control and Prevention’s Partners in Community Health (PICH) program. Her specialty is in leading focused collaboration in community-based projects building multi-sector, community-based teams to advance neighborhoods through equitable, sustainable strategies that connect economic development, transportation, education, and health.

She was hired by the City of Lansing in 2014 to begin designing city supports for neighborhoods and neighborhood leaders. The contract grew into the creation of the position of Neighborhood Resource Coordinator in 2016. This work has garnered national recognition as part of the Cities of Service coalition and the Robert Wood Johnson Invest Health program. Under Mayor Andy Schor, this work was expanded and a Department of Neighborhoods + Citizen Engagement was created, and Crawford was named its first Director. She was then tapped to take on an expanded role as the Chief Innovation Officer where she led the Data and Evidence team for the city, co – directed the US Census Complete Count Committee, and led the Mayor’s Community Response Cabinet through the COVID crisis. She concluded her time at the City of Lansing at the end of 2020 and will be pursuing new opportunities in the new year.